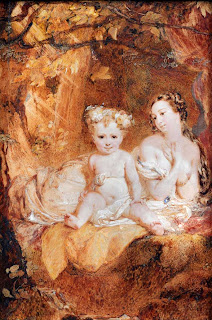 Painted by Ross c.1809.  Woman and Child as Venus and Cupid.  Apparently only fifteen when he painted this unusual and romantic composition, it is believed to be the first miniature that the artist exhibited at the Royal Academy, London. 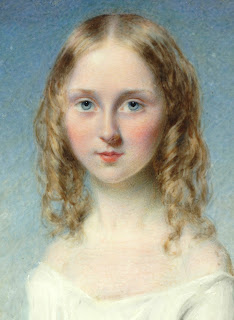 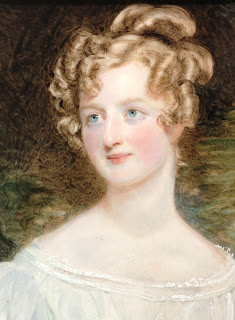 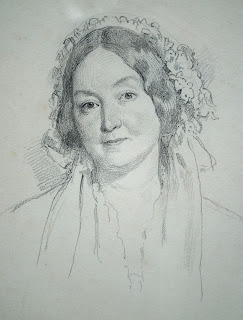 Drawing  by Ross of Elizabeth Horrocks (nee Miller) c.1856, a few years before Ross's death in 1860.  Mrs. Horrocks was the sister of Thomas Miller, the industrial despot on whom Charles Dickens based Mr. Bounderby in his novel 'Hard Times'. This drawing is now in the Harris Museum in Preston. (www.harrismuseum.org.uk)
The details and images of Venus and Cupid and Mrs. Horrocks are courtesy of Mr. Andrew Sim (www.simfineart.com) to whom we offer our thanks.
Posted by portraitminiatureclub at 1:10 PM