Although very recognisable in style, up until now we have known hardly
anything about the artist called N. Freese.  Some refer to him as Nathaniel, others as
Nicholas, but there seemed to be no evidence to support either, as the
very rare signature does not include a Christian name. He appears to
have worked for only a short period of time at the end of the 18th and
beginning of the 19th century.
All the miniatures by him that we have seen have been quite
large in size. 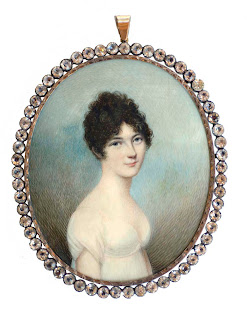 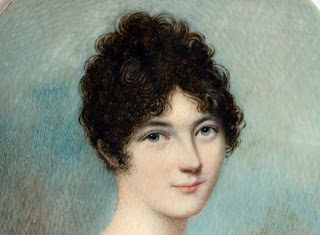 His style is quite distinctive.  The first thing one notices is the
almond shaped eyes.
Now it is possible to piece together some details.
Nicholas Freese
was born probably in 1761. His parents were Nicholas Freese Senior,
who was born in Hamburg, Germany, according to his descendants.  He is
listed in Baileys British Directory for Merchants and Traders as a
Merchant in Commerce, living at 7 New Street, Birmingham,
Warwickshire.  He married Elizabeth Rowney in 1758 in St Martins,
Birmingham.  She was born in 1730 in London.  Nicholas Junior moved to
London to practice as an artist.  Wakefield's Merchant and Tradesman's
General Directory for London lists him in 1790 as a Portrait and
Landscape painter, living at 426 Strand, London. His other known
addresses are 411 Strand and 9 Percy Street, London.  On 29th August,
1791 he married Mary Stokes from Southwark (in those days part of
Surrey) in St. Martin in the Fields.  Pallot's Marriage Index for
England reveals a copy of his marriage record, showing his distinctive
writing of his surname, proving his identity.  The couple had a son,
George, named after his brother, who was a soldier and was killed in
battle.  One of his daughters, Mary, became an actress.  According to
burial records, he died in January 1831 and was buried at St. John the
Evangelist, Lambeth, aged 70.  At the time of his death, he was living
at Waterloo Road, London. 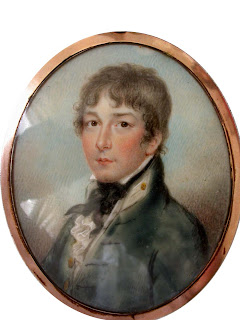 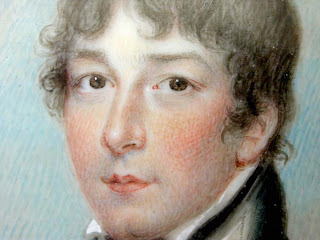 On further inspection, one sees the thin scrawly red lines on the
cheeks of the sitter, almost as though he or she has been scratched by
a cat. 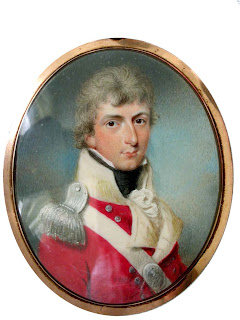 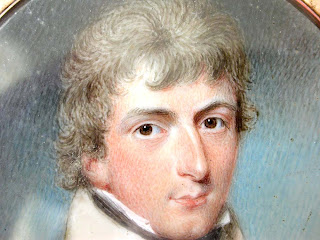 Not all his miniatures are as attractive as this.  Some say that
artists who don't always sign their work tend to sign their best
examples,  but this does not appear to be the case with Freese 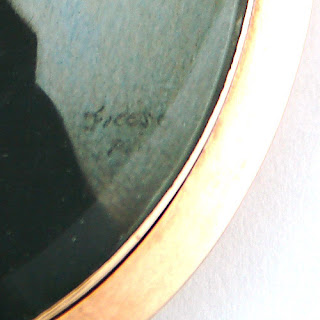 An example of his signature.
Posted by portraitminiatureclub at 10:53 AM 3 comments: 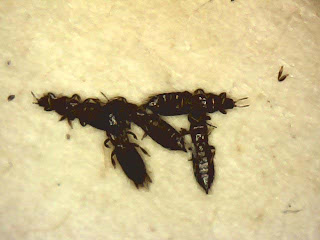 Although seemingly rare to find inside tightly closed 18th and early
19th century frames, the sight of clusters of thunderflies inside more
recent miniatures, appearing as tiny black specks, is common. 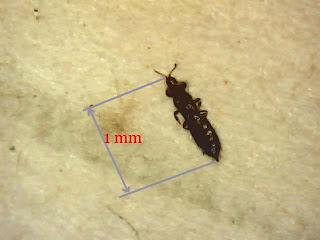 It appears as though there is no 'modern' frame that they cannot penetrate,
and once there, they perish.
Thunder bugs, also known as
thunderflies, storm flies and thrips, are a pest as they destroy
crops, and have recently succeeded in entering even the LCD moniter!
About 1mm long or less, they love to hide in crevices. 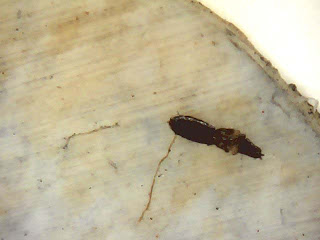 Here, one is stuck to the painted side of the ivory. 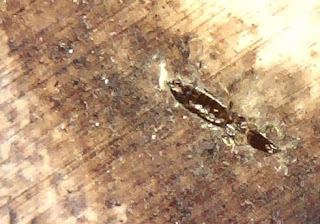 Another one has 'glued' with the gum arabic in the painting.
Interestingly, we have not seen Thunder bugs in 17th. century frames.
This could be due the the design of the frame , or a change
of environment in the late 19th. and early 20th. century
Posted by portraitminiatureclub at 1:39 PM 2 comments: