Have you ever hoped to confirm the identity of a sitter only to hear
an expert say, 'it is not this person because the eye colour is wrong'? 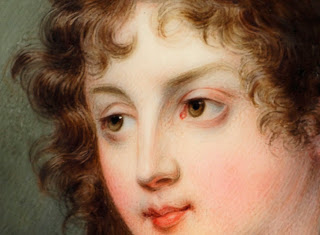 Did Georgian and Regency miniature painters really alter eye colour on a whim?  Although inconclusive in 'proving' the practice was widespread, these two images of obviously the same sitter, both signed by the same artist, do show that the eye colour 'myth' is no chestnut! 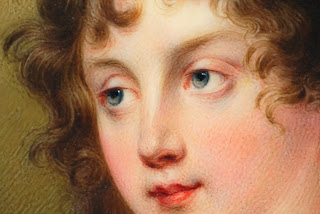 Both miniatures are signed and dated 1815

This example suggests that the above statement on identification
may not be taken as absolute fact and perhaps facial features
are more relevant in identification than colour of the eyes.

Posted by portraitminiatureclub at 11:55 AM 2 comments:

A Collection with a Difference

We have featured some of Stefanie's Collection before and she has been kind enough to allow us to share images of some of her new arrivals.  Stefanie is a fearless and passionate collector and she is not fazed by cracks or faults, unsigned miniatures, unknown artists or strange looking sitters, unlike some of the more 'purist' among us! 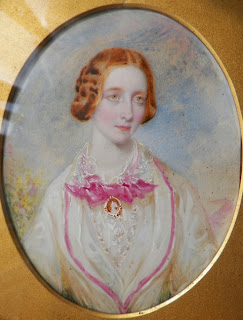 The result is a quirky, eclectic and fascinating collection, which is just as the collector intended. 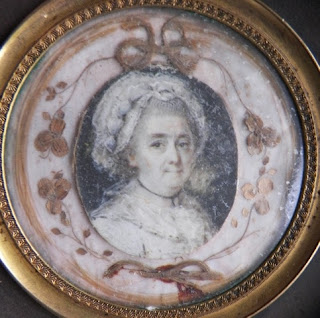 Stefanie's meticulous research uncovered the story behind this miniature, and led her to a fascinating conclusion.  The sitter is Marie Cecile Henriette Machelard, who was born in 1759 in Paris.  She was the 'milk' sister of Princess Clotilde, the sister in law of Marie Antoinette.  Marie Machelard's mother nursed her daughter and Princess Clotilde together and received a pension for doing so. 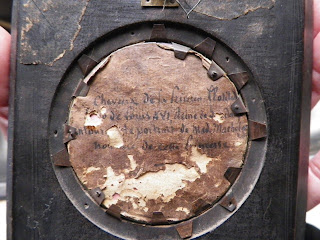 Stefanie believes that the hair around the portrait is that of Princess Clotilde! 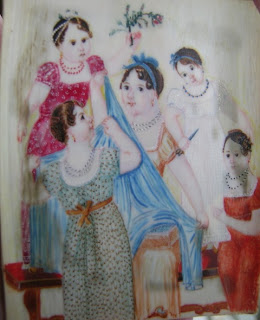 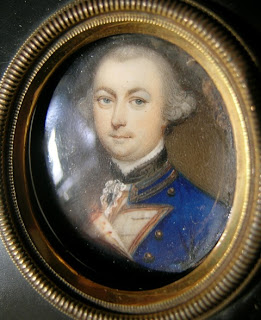 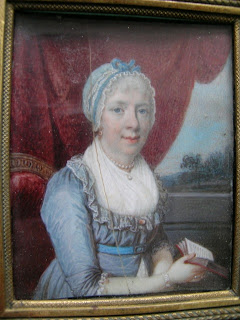 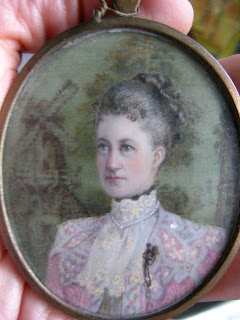 Miss A. B. Patterson by Mrs. Margaret Butterworth
(our Dictionary of Miniature Painters 1870-1970 lists this artist as working from 8 Wilton Place, Belgrave Square, London and exhibiting at the Royal Academy and Royal Miniature Society between 1894-1915). Stafanie was fascinated by the windmills in the background!