William Naish, one of three artist brothers, was lauded by his contemporaries after his early death for his talent. On the basis of much of this artist's work, this admiration may seem overly generous.  However, after a close study of his different styles, there appears to be more to this artist 'than meets the eye'!

A signed miniature by William Naish dated 1787. Painted when he was only 19 or 20 and a student at the Royal Academy, if it weren't for the distinctive signature, one could hardly equate the glumly staring portrait with the quality of the artist's work in the last few years of his life 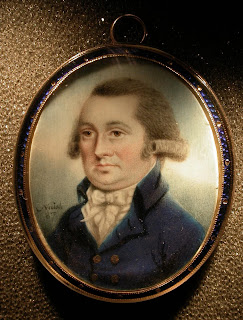 Close up of signed portrait 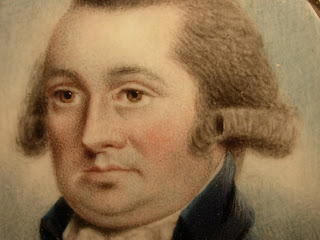 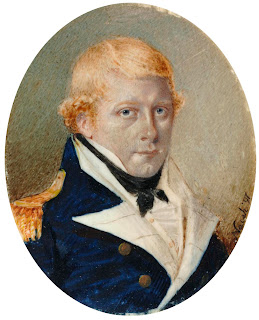 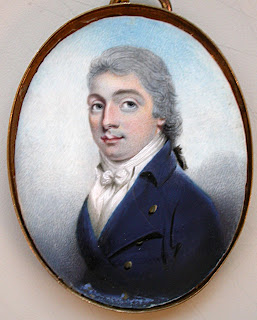 Close up showing his technique and also the 'giveaway' hallmarks of his work, discussed in detail in a previous article. Namely, the small 'dug out' circle in the corner of the eye, the chiselled delineation around the nostrils, the block of light from nose to upper lip and the circle of light on the chin 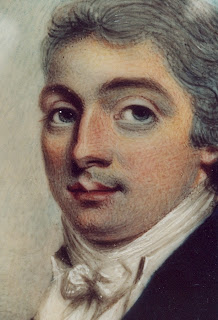 William Naish's almost unrecognisable best later work.  Instead of the enlarged eyes of the previous portrait, he uses a rather narrow eyed look and intense deep colours for the portrait and background.  When rare examples of Naish's best work appear at auction, they are usually heavily contested. Whether he deliberately  'pulled out the stops' to paint these superb miniatures when asked or paid to do so, or whether they were just a product of a 'good day',  is not known.  However, clearly something miraculous happened between his lumbering first attempts to paint a miniature and his last known works which stand up to comparison with other great artists of that era.  We find it sad that he died at such a young age, just when his talents were in full flower.  It could be conjectured that he was a depressive personality, judging from the haunted look of his self portrait, which was sold at Christies South Kensington about fifteen years ago. Unfortunately, we do not have a fine enough image to show it here. 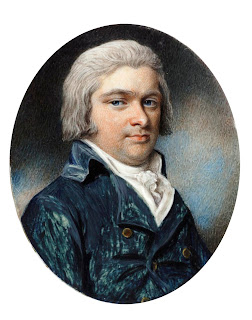 Posted by portraitminiatureclub at 8:35 AM