Hugh Nicholson was born in 1865 in Wandsworth, London.  His mother was Elizabeth Waterer and his father was David Nicholson, a locally well- known and initially very successful builder.  Little is known of Hugh's early life, other than his parents appeared to split up following the financial difficulties with his father's building firm, and then his father's early death. 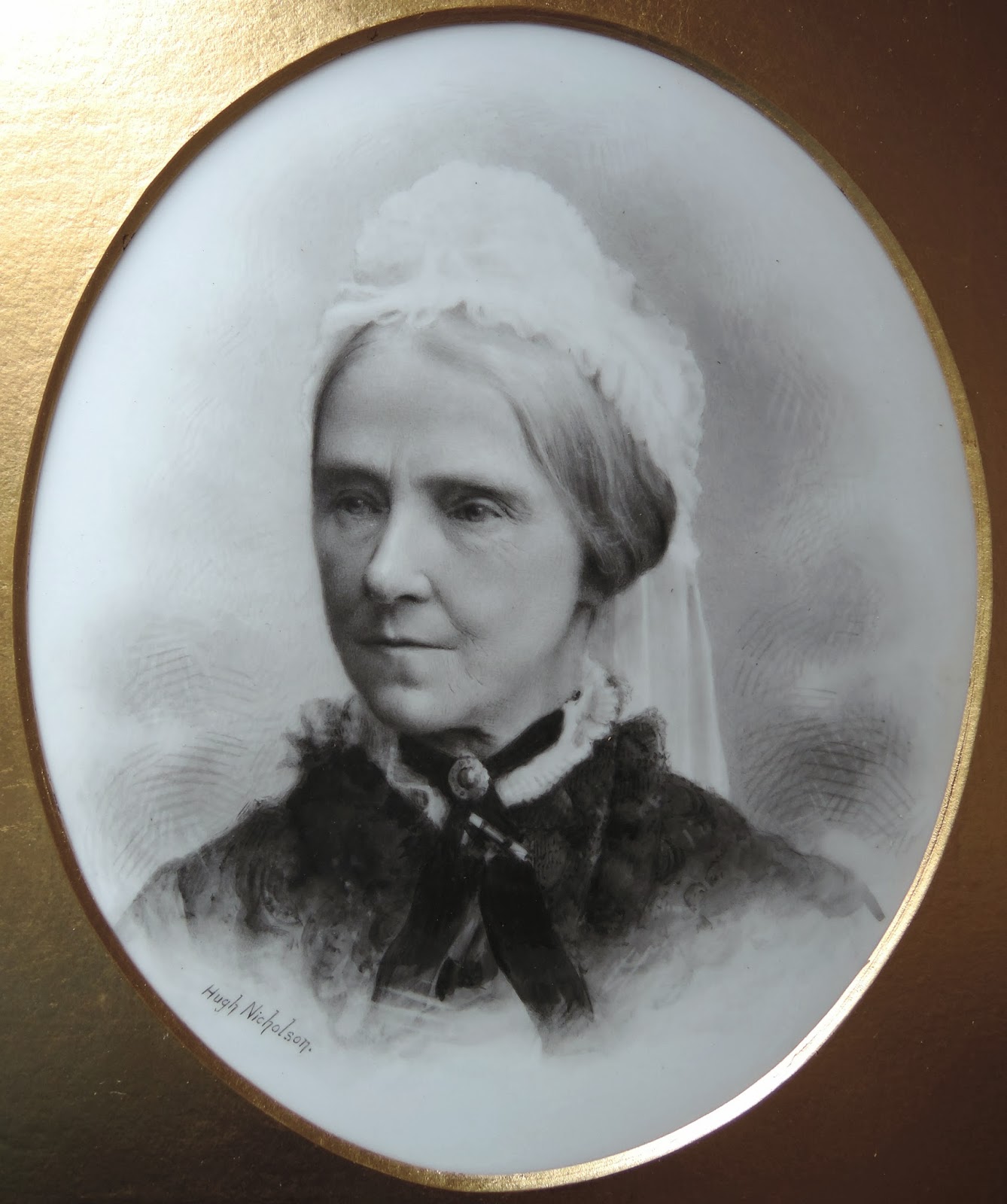 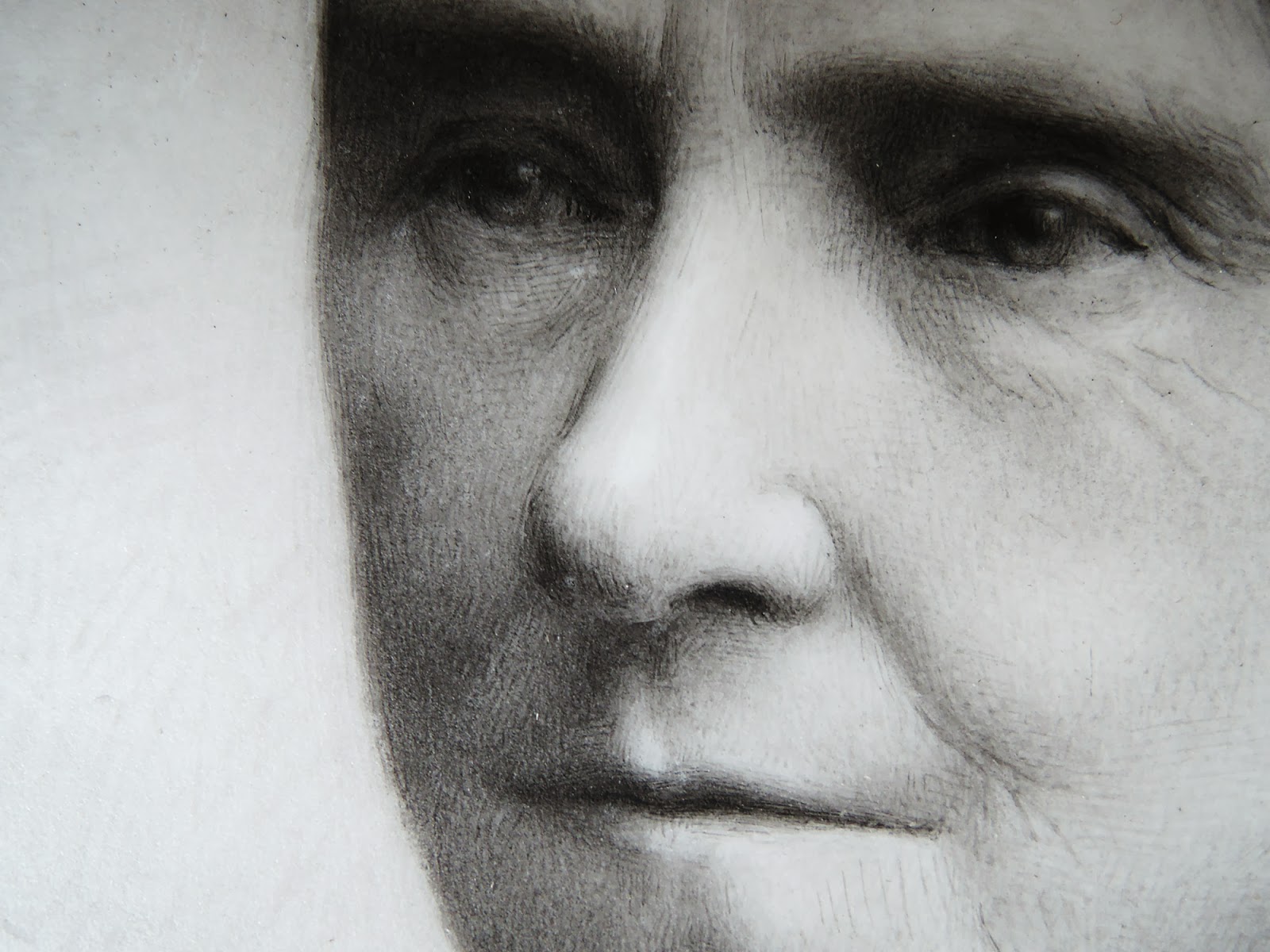 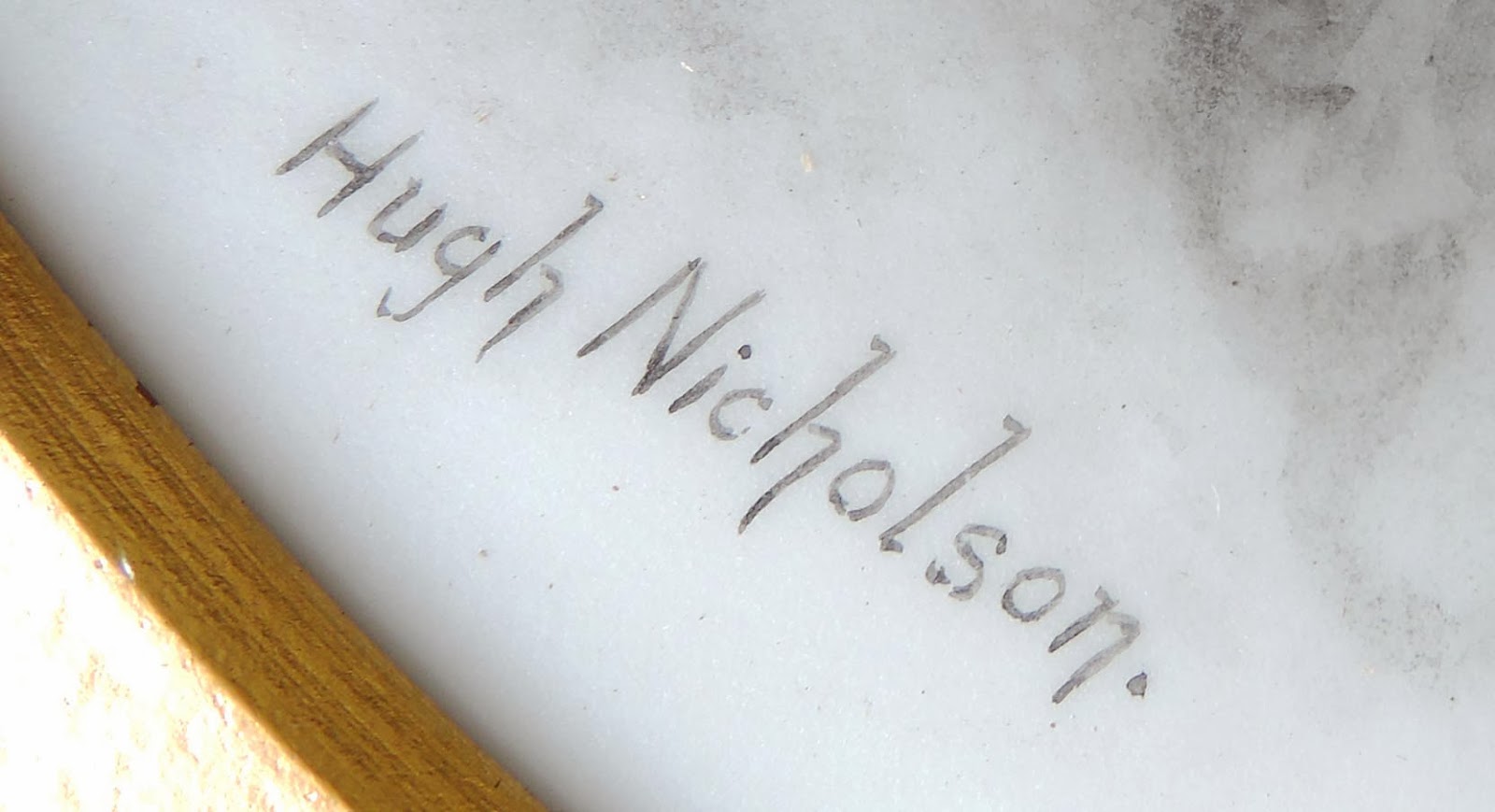 
Twenty years later, Hugh was working as an artist/miniature painter and living at 8 Thurleigh Road, Balham.
It is a mystery why work by this brilliant artist does not come to light.  He appears to have always signed his work on the front and used his full name rather than a monogram.  He was a founding member of the Royal Society of Miniature Painters and exhibited at their exhibitions and elsewhere. 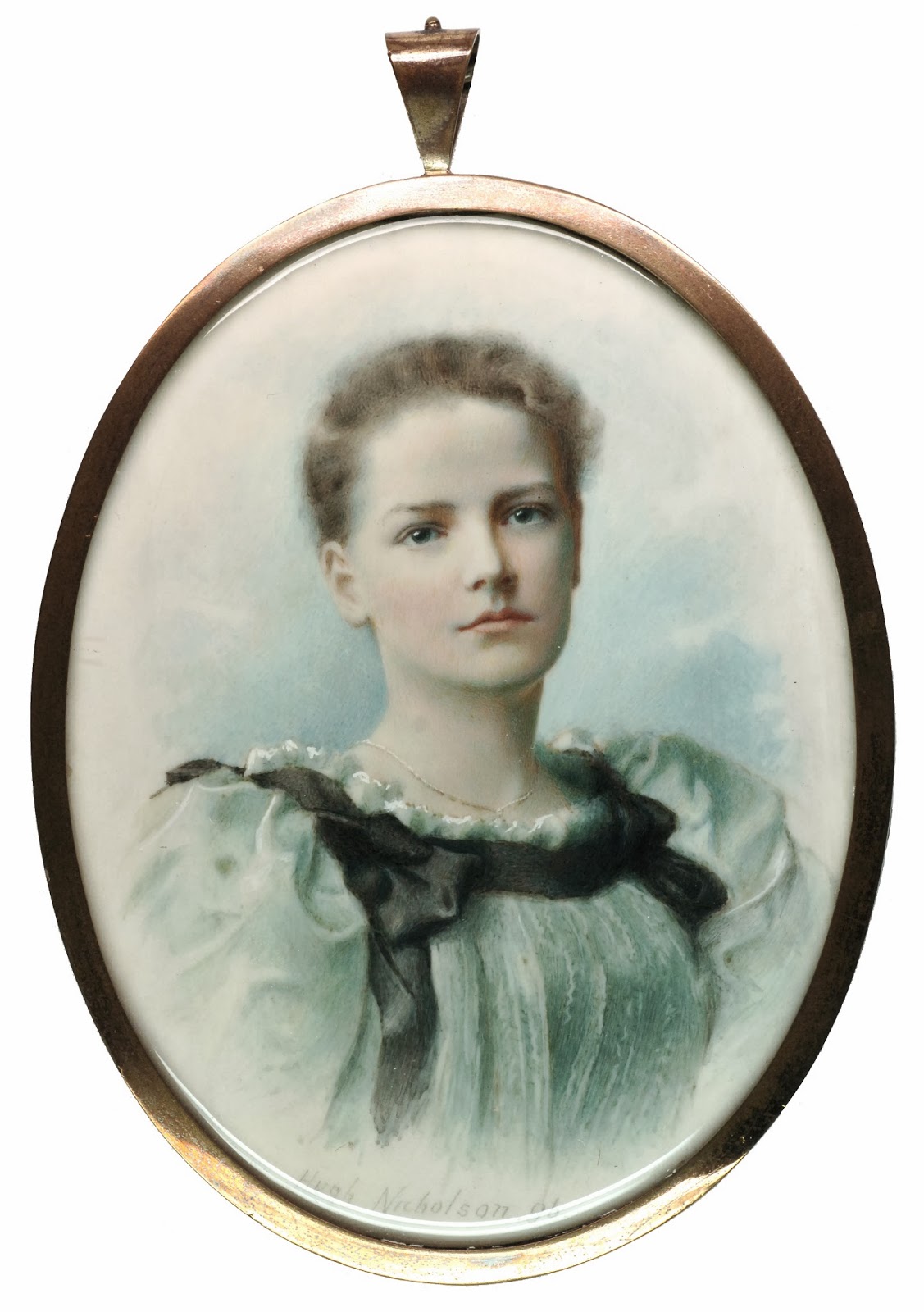 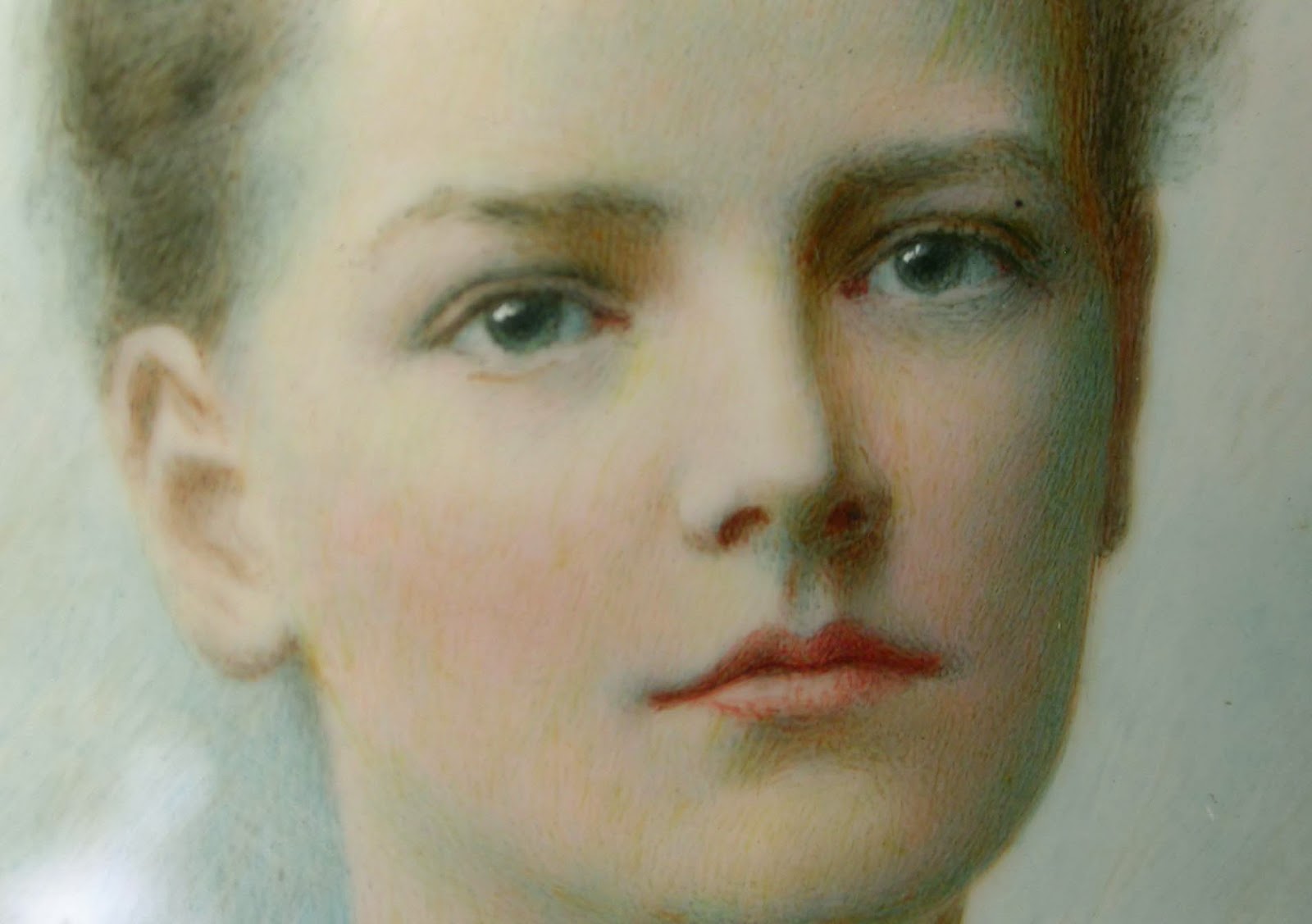 Through his sister, Florence, he was uncle to 'Miss Marple' actress, Margaret Rutherford.

Like a number of accomplished Brit artists of the time, In 1896 he emigrated to America, where his work - miniatures in particular - would command a much higher price.  He settled in Baltimore, Maryland at one time living at No. 415 and later No. 417 West Fayette Street.

At some point after 1911, he returned to England, and was thought to have settled in Brighton, Sussex.  It seems likely that he died in Brighton in 1932 at 14a Stone Street, at the time a converted 'fly' stables and since then, a listed building.  It is thought that he was practicing as an artist and photographer.

If you have a miniature by this artist, or members of your family lived nearby,  we would love to hear from you.

Posted by portraitminiatureclub at 6:25 AM