Collectors will sometimes come across a miniature painted on ivory
which has become 'warped'  or even worse, cracked.
It is possible to repair cracks and if done well by an experienced conservator,
the repair can be virtually invisible.
We have noticed that many later miniatures
(late nineteenth and early twentieth century) suffer from warping because
the ivory leaf has been stuck
to a backing board and this seems to be a regular practice during this time.  Bonding different materials with different
coefficients of expansion is not a good idea,
especially with a strong glue! 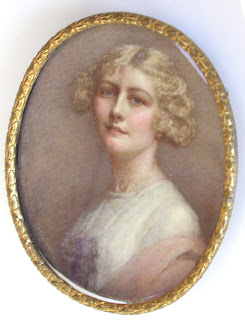 This is a miniature painted by Ida Laidman circa 1915 of an
unknown lady and it was badly warped.
The ivory stuck to a backing board was even pushing
the back cover away from the frame. 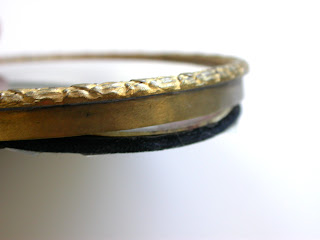 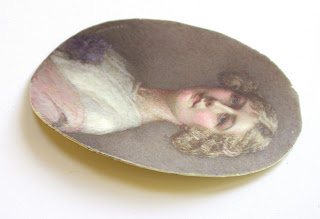 Not a task for the amateur, the backing card had to be removed by a conservator in order to save the miniature from further curvature and eventual cracking.  The sooner a conservator is used to restore the flatness to the ivory, the better. 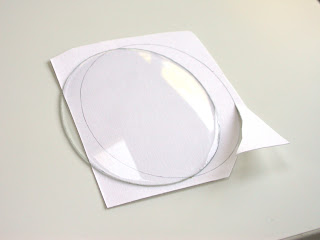 A new acid free backing card had to be cut with the ivory sandwiched between this and the glass, without being glued to it. 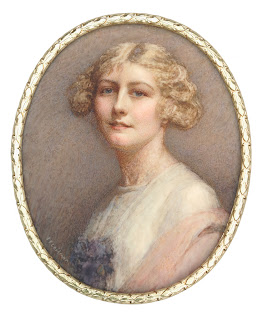 The miniature was re-assembled into it's cleaned frame and is now looking
much like it did when it was painted. We thought the lady had a
slight smile on relief on her face!

Posted by portraitminiatureclub at 10:26 AM