Nicholas Freese, the artist, was born in Birmingham, Warwickshire  in 1761/2.  His father, also called Nicholas, was born in Hamburg, Germany and his English mother, Elizabeth Rowney, was London born.  His German grandparents were Jurgen and Maria Freese.

His father's family later settled in England, where his father worked as a merchant in commerce at 7 New Street, Birmingham, according to Baileys British Directory for Merchants and Traders.  His parents married on 30th March 1758 in the parish of Saint Martins, Birmingham.  His father was naturalised British on 21st December 1767 and died in Birmingham in 1807 and his mother, Elizabeth, died the following year.

The artist had five siblings; four sisters and one brother called George, although only he and his youngest sister, Sarah (1771-1849) are known to have survived into adulthood.  At some point Nicholas moved to London to pursue his career as an artist and he is listed in 1790 in Wakefield's Merchant and Tradesman's General Directory for London as a Portrait and Landscape Painter, living at 426 Strand, London.  On 29th August, 1791. he married Mary Stokes in St. Martin in the Fields.  Pallot's Marriage Index for England reveals a copy of his marriage record, showing his distinctive writing of his surname. 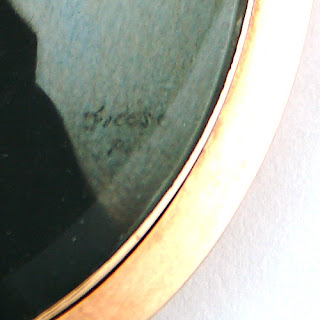 Nicholas' sister, Sarah (1771-1849) married the Rev. William Green, a clergyman, scholar and mathematician when she was 22 years old and her bridegroom 30 or so years older.  The oil paintings of Sarah and her husband William Green, which are shown below, look very likely to have been painted by Sarah's brother, Nicholas. 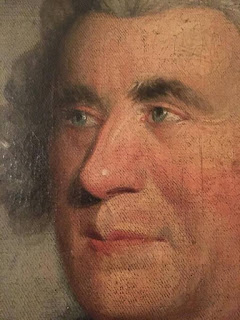 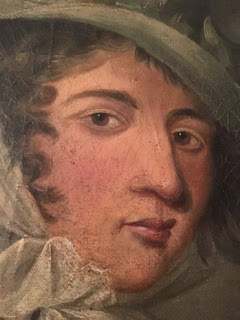 Further details of the couple can be seen on www.anthropos.org.je.  We are grateful to Mr. J. Sykes for allowing us to use these images and for providing further information about the Freese family.

Nicholas and his wife, Mary, called their only son George, after the artist's brother, and their youngest daughter, Mary, after her mother.
Their son, George Fraser Freese (1792-1813) was a lieutenant in the British army and served in the 59th regiment of foot.  He died  in the Peninsular War. The European Magazine and London review Volume 64, Jul - Dec. 1813, p. 365, lists amongst its 'Deaths Abroad' section:

'Lieutenant George Fraser Freese, of the 59th Regiment of foot, in his 22nd year, only son of Mr. N. Freese, artist. As an ensign, he partook in the perils of the Walcheren expedition; in the memorable battle of Vittoria (sic) as a lieutenant, his intrepidity was highly conspicuous and claimed the particular attention of the Hon. Commander, Lieutenant-Colonel Fane, now no more, and at the storming of St. Sebastian he was mortally wounded whilst gallantly leading and cheering the brave company he had the honour to command and which was one of the first that stormed the breach.'

Nicholas Freese exhibited at the Royal Academy 1794-1814.  His last exhibit in 1814 was a miniature in memory of his dead son, George.  It is possible that he did not paint any miniatures after this date. 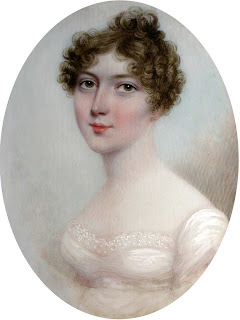 His daughter, Mary, was an actress.  She appears to have used the spelling Freize for her surname.  Whilst performing on the Southampton and Portsmouth circuit, she met her future husband, the actor and writer Henry Stephen Kemble (1789-1836), a member of the famous acting family.  Despite opposition from his family, he and Mary were married on 23rd January 1814 at South Shields, Durham.  Later that year, Mary played the part of Agnes in The Mountaineers at the Haymarket, London on 12th July, whilst her husband played the part of Octavian.  He did not have a high reputation as an actor, but was deemed to be good at 'ranting and raving'.  Mary was described in The Dictionary of National Biography as 'pretty, lively and vivacious, but overpowered by timidity'.
(Further references: A Biographic Dictionary of Actors, Actresses, Musicians, Dancers, Managers and Other Stage Personnel in London 1660-1800 by Philip H. Highfill, Kalman A. Burnim, Edward A. Langhans (Copyright 1982 South Illinois University Press), British Pirates in Print & Performance, Introducing 'Striding the Deck, Strutting the Stage.')

Nicholas Freese had three known London addresses whilst he was working as an artist: 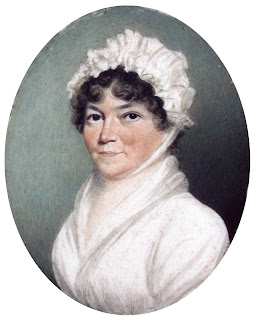 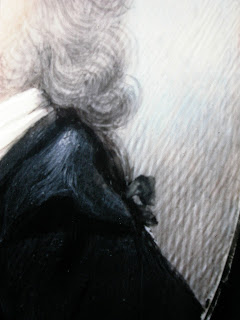 A typical background by Freese

Nicholas Freese died in January 1831 aged 70 and was buried at St. John the Evangelist, Lambeth.  At the time of his death he was living at Waterloo Road, London

Posted by portraitminiatureclub at 10:04 AM