Peter Paillou Senior (c.1712-1782) was an exceptional watercolour artist, specialising in painting birds. His family were Huguenots and escaped from France to avoid persecution and settled in London. Paillou Senior married firstly, Alice, and after her death, Mary Braem. The family house in Paradise Row, Islington where they lived between 1776-1780 is now marked with a plaque by the Huguenot Society.

Paillou Senior and Mary christened their son Pierre Antoine Paillou and growing up, he became known as Peter Paillou Junior, and he became a portrait and miniature painter.

Paillou Senior died in 1782, as reported in the Whitehall Evening Post, whilst resident at 9 White Lion Row, and it was from this address that his son started exhibiting in 1786, after entering the Royal Academy Schools in 1784 in his late twenties.
His father never lived to see his success. This information does prove that the earlier miniatures painted by Paillou, very few of which are signed, were by son and not father, despite the change in style apparent in his later work. 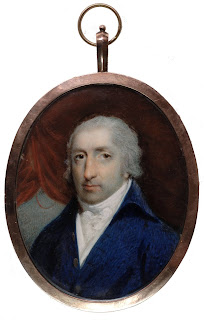 Paillou exhibited from the following London addresses and towards the end of the
18th Century began working in Glasgow also.

On 23rd April, 1803, he placed an advertisement in The Glasgow Courier:

'Mr. Paillou of London, has been advised by his friends,
to adopt this mode of acquainting the Ladies and Gentlemen of Glasgow
that he is desirous of practising his profession
in this city for a short time, and that his prices are for a Miniature, Eight
Guineas, and for a Three Quarters in Oils, Ten Guineas.
It may not be improper to add, that Mr. P.
has had nearly twenty years practice in London.
Specimens may be seen at Miss Gray's,
No. 27, Moodie's Wynd, Argyll-Street.' 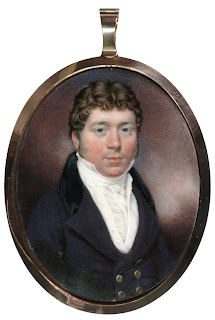 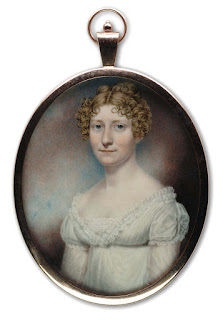 Paillou wrote a Will (PROB 11/1852/107) in 1815 whilst in London, and later a Codicil in the form of a letter, which gives new insights into his personal and professional life. From this, we learn that he ran two households in London and Glasgow and split his time between the two.
His Will suggests that he remained unmarried and certainly at this point in his life he has no wife or children, but has a live-in companion called Anne Peters (formerly Anne Cunningham),
and is attended by a trusted servant called Peggy. He left his money in London to his two sisters,
Sophia and Matilda, and in the event of their demise, to their daughters, Maria and Caroline respectively. Paillou's pictures, prints and books at his London residence
were to be sold and the proceeds equally split between his two sisters 'share and share alike.'
One particular picture was to go to his friend John Holmden, and his gold watch, chain and seals,
to James Thompson, both of whom Paillou appointed as his Executors. To his companion, Anne Peters, he left his chime clock, 'made by Mr. Holmden' and all household furniture, plate etc. in Glasgow. He finishes his Will by writing that he is in a hurry on his departure from London. 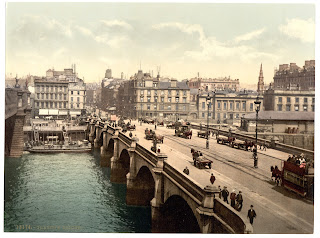 19th Century Glasgow
In September 1817, Paillou wrote a Codicil to this Will in the form of a letter to his friend John Holmden, whilst in Glasgow, fearing that he might perish on the journey by sea to England. 'I write this in preparation of accompanying Anne (Peters) to Port Glasgow tomorrow morning and leave this with Peggy (his servant) to put in the post here...' His friend is requested to collect all his possessions at his Glasgow property, in the event that Paillou does not survive the journey, 'except bodyclothes and ring
belonging to Anne Peters... to go to her sisters Elizabeth McFarland of Port Glasgow and Margaret Smith of Paisley' and excepting clothes belonging to Peggy, the servant. Paillou instructs that all the effects at the Glasgow property are to be sold and divided equally between his sisters, Sophia and Matilda. £9 is to be put aside for mourners at his funeral and he goes on to list his debts at that
time.
His debts at that time are detailed, including a tailor's bill of £12, Mrs. Peters 'about £5', Turnbull Booksellers 'about £5', Wright's bill 20 or 50 shillings, W. Brown, Painter, £2. Instructions are given for the backgrounds of his unfinished pictures to be completed by Mr. John Knox or another portrait painter and charged to clients at the usual rate of 10 guineas for 3/4 size, 14 guineas for ___ , 20 guineas for half length, 8 guineas for miniatures and delivered to clients after completion.
The reversion of his property in Castle Street, Glasgow (nos. 10 and 15) is to go to widow Elizabeth McFarlane (Anne Peters' sister) 'who has three children and nothing but the produce of her own labour to bring them up with'.
Paillou adds that this letter to his friend, John Holmden, is in addition to the Will he left with him previously in London and ends the note 'This being written in a hurry is all I can think of at present' which suggests that he again has concerns about embarking on a long journey.
In the event, this letter, which served as a Codicil to his Will, was recorded at the Glasgow Court in September 1834 after his death and his Will was proved in the London Court in September 1835. 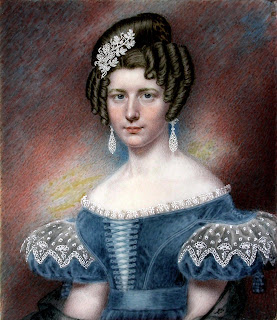 After 1800 Paillou began to use his 'trademark' sunset backgrounds

Posted by portraitminiatureclub at 8:49 AM